When it broke that JK Rowling was the writer behind The Cuckoo’s Calling using the pseudonym of Robert Galbraith, the internet exploded with the news. A previous blog post addressed how it might challenge what it means for an author to be discovered. But there’s also a question of a writer’s identity when using a pseudonym. 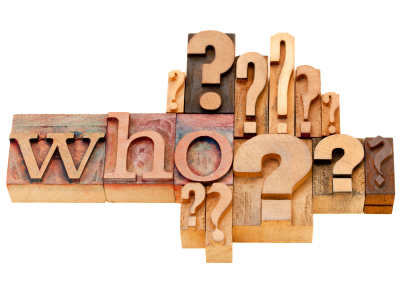 Using a pen name is not that uncommon. There’s a long list of famous authors and their pseudonyms from classic authors like George Eliot (actually Mary Ann Evans) to more modern uses like the author of the Jason Bourne series Robert Ludlum who also wrote under the names Jonathan Ryder and Michael Shepherd.

A few people have claimed the choice was a gender issue, but in this day and age it is less likely that Rowling put that at the top of her list. Unlike Eliot’s time, there is less of a stigma against female writers in genre fiction. But using a different gendered pen name isn’t a crime, and sometimes based on the genre it needs to be done.

My question is not whether or not a pen name should never be used. I have no problems with using one, and have actually considered creating one myself if I produce works in completely different genres. In the erotica genre, many of the writers use pen names for obvious reasons. But what grabbed my attention was that Rowling’s Galbraith actually had a fabricated bio, and one that is quickly disappearing online.

One of the reasons Rowling’s jig may have been up is because in this digital age, what author doesn’t have an online footprint? Although I can’t attest to what was there before the leak, it appears that not many sites have the fake bio without admitting it’s a pseudonym.

My biggest question is whether or not if a writer uses a pen name, is it okay to create a false biography to go with it? Galbraith had military service as part of “his” bio. Not only did Galbraith state his military background, but the bio says how the protagonist of the book, an Afghanistan veteran, was based off his own experience as well as those of his friends. In the United States, falsifying military service is an actionable offense, not to mention that it is offensive to those who do serve since Galbraith’s service is meant to give his book authenticity.

If Rowling hadn’t made up such a specific bio that served a purpose to the book’s content, perhaps it would have been a more acceptable use of a pseudonym. One of the reasons I discarded the idea of creating a pen name was because it’s just too easy to search online. If I did create one, I would probably still attach it to my main author website and use it as a genre identity.

There’s no reason for pen names to disappear all together, and it’s not going to happen. In fact, it’s technically her second since “JK” Rowling is actually Joanne. But I question how much they’re needed in today’s digital world. I also am not as enthusiastic with creating a false bio, but what are the alternatives? In any case, Rowling as Galbraith joins a long list of honored authors who pen a different name for their writing identities. And I’m not revealing my potential pseudonym as “she” might still publish some day.