Last week, I posted about the difficulty of being inclusive of different races or cultures in writing in “Writing Race – Diversity in Genre Fiction”. I wanted to give a follow up to both my own research results as well as some other information I found. 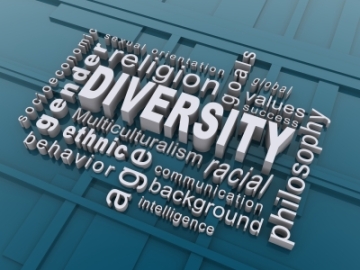 First, I must confess that I threw the larger issue of including diversity in writing on a writers’ message board. I wanted to get a sense of the issue from those who are actively working as writers. The comments ranged from agreeing with the difficulty of the subject to those who found some inspiration for a future book. I’ve said before that message boards can be a good place to find community, and from what I saw on the thread I started, the topic is one that deserves a community’s consideration. It also should be an ongoing discussion either with other writers or even with just ourselves.

Second, some really good information came in through the message board discussion. One of the best things was the resource of the book titled Writing The Other by Nisi Shawl and Cynthia Ward. The broad definition of the “Other” is one who is different or distinct from what is already known, or one that is not included. I’m grateful for the introduction to the book as I’m always looking for great writing resources. One of the things I liked from the beginning of the book was that both authors made a list of the things that made them different from the “norm”. It’s a great reminder that we all have differences. Breaking it down that way helps to break down the issue of writing those who are different from us whether that means gender, skin color, culture, philosophy, politics, or anything else that makes us who we are.

Third, the research trip I took last week was a great experience. Originally, I was more focused on the setting itself and taking pictures. I knew I wanted to concentrate on the food of the area since it helps define the regionalism. However, a friend challenged me to interview people, especially those of the Gullah-Geechee background because talking in person would make a difference to me. I managed to schedule two interviews, and I am so grateful that these two people took the time to give me further explanations to information I had already researched in books.

So how has my research affected my story? I now have a larger understanding of how to ground my story in the area. The structure of the family has solidified for me after asking questions about community and family. The Gullah dialect is a huge part of their identifying signifiers, and there was nothing better than listening directly to it. I know that it isn’t possible for everyone to go research in person, but I know that having the opportunity to be there and talk to a couple of people will be beneficial for my story.

The whole process and placing myself on the path of discovery was not easy. And I’m not done learning. But the difficulty is worth it whether one person or one hundred people read my work.